RTD elements come in many types conforming to different standards, capable of different temperature ranges, with various sizes and accuracies available. But they all function in the same manner: each has a pre-specified resistance value at a known temperature which changes in a predictable fashion. In this way, by measuring the resistance of the element, the temperature of the element can be determined from tables, calculations or instrumentation. These resistance elements are the heart of the RTD (Resistance Temperature Detector). Generally, a bare resistance element is too fragile and sensitive to be used in its raw form, so it must be protected by incorporating it into an RTD (pt100 or pt1000). 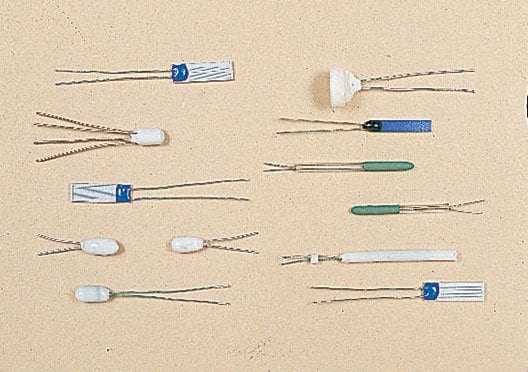 Resistance Temperature Detector is a general term for any device that senses temperature by measuring the change in resistance of a material. RTD’s come in many forms, but usually appear in sheathed form. An RTD probe is an assembly composed of a resistance element, a sheath, lead wire and a termination or connection. The sheath, a closed end tube, immobilizes the element, protecting it against moisture and the environment to be measured. The sheath also provides protection and stability to the transition lead wires from the fragile element wires.

Some RTD probes can be combined with thermowells for additional protection. In this type of application, the thermowell may not only add protection to the RTD, but will also seal whatever system the RTD is to measure (a tank or boiler for instance) from actual contact with the RTD. This becomes a great aid in replacing the RTD without draining the vessel or system.

Thermocouples are the old tried and true method of electrical temperature measurement. They function very differently from RTD’s but generally appear in the same configuration: often sheathed and possibly in a thermowell. Basically, they operate on the Seebeck effect, which results in a change in thermoelectric emf induced by a change in temperature. Many applications lend themselves to either RTD’s or thermocouples. Thermocouples tend to be more rugged, free of self-heating errors and they command a large assortment of instrumentation. However, RTD’s, especially platinum RTD’s, are more stable and accurate.

In the newest construction technique, a platinum or metal-glass slurry film is deposited or screened onto a small flat ceramic substrate, etched with a lasertrimming system, and sealed. The film RTD offers substantial reduction in assembly time and has the further advantage of increased resistance for a given size. Due to the manufacturing technology, the device size itself is small, which means it can respond quickly to step changes in temperature. Film RTD’s are presently less stable than their hand-made counterparts, but they are becoming more popular because of their decided advantages in size and production cost. These advantages should provide the impetus for future research needed to improve stability.

Metals - All metals produce a positive change in resistance for a positive change in temperature. This, of course, is the main function of an RTD sensor. As we shall soon see, system error is minimized when the nominal value of the RTD resistance is large. This implies a metal wire with a high resistivity. The lower the resistivity of the metal, the more material we will have to use.

The following table lists the resistivities of common materials for a resistance thermometer.

Because of their lower resistivities, gold and silver are rarely used as RTD elements. Tungsten has a relatively high resistivity, but is reserved for very high temperature applications because it is extremely brittle and difficult to work.

Copper is used occasionally as an RTD element. Its low resistivity forces the element to be longer than a platinum element, but its linearity and very low cost make it an economical alternative. Its upper temperature limit is only about 120ºC.

The most common RTD’s are made of either platinum, nickel, or nickel alloys. The economical nickel derivative wires are used over a limited temperature range. They are quite non-linear and tend to drift with time. For measurement integrity, platinum is the obvious choice. 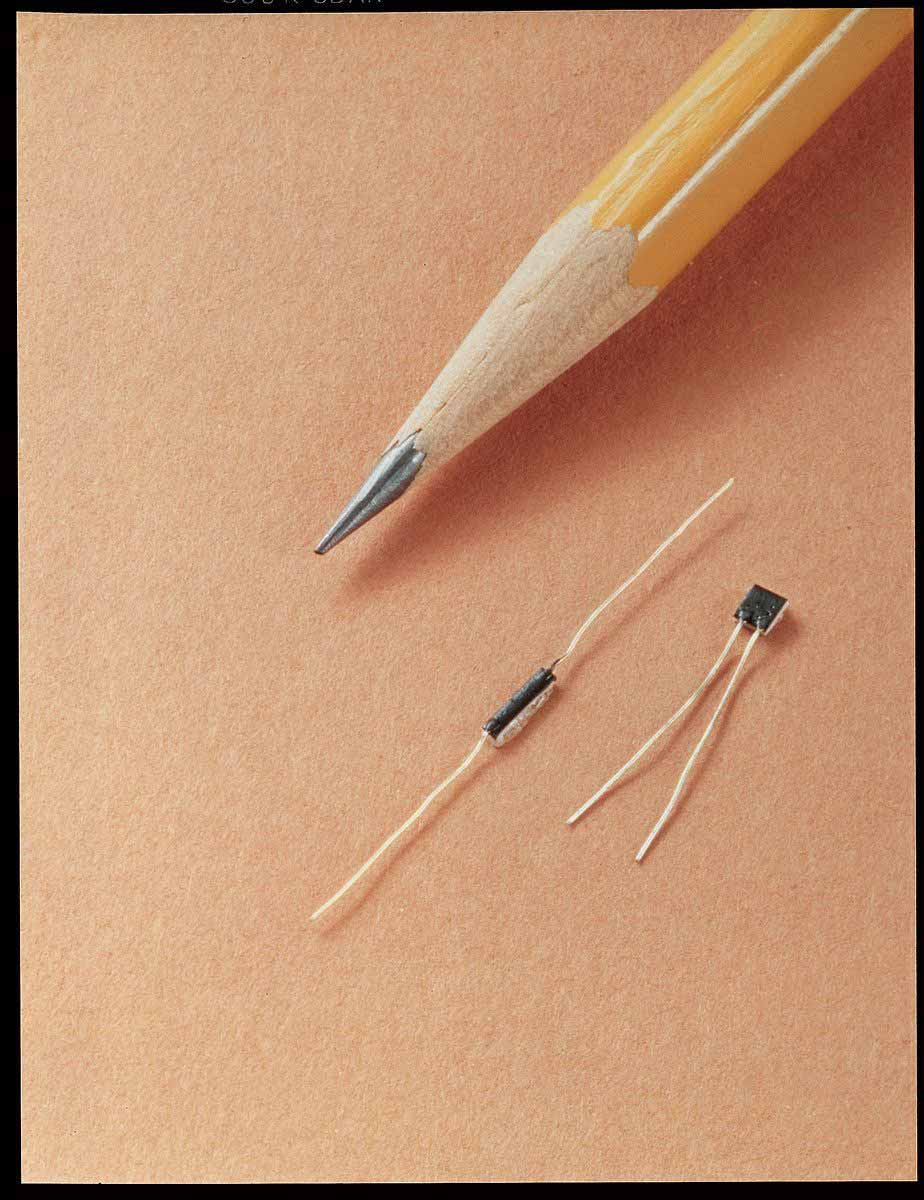 There are several very important details that must be specified in order to properly identify the characteristics of the RTD:

Several metals are quite common for use in resistance elements and the purity of the metal affects its characteristics. Platinum is by far the most popular due to its linearity with temperature. Other common materials are nickel and copper, although most of these are being replaced by platinum elements. Other metals used, though rarely, are Balco (an iron-nickel alloy), tungsten and iridium.

The temperature coefficient of an element is a physical and electrical property of the material. This is a term that describes the average resistance change per unit of temperature from ice point to the boiling point of water. Different organizations have adopted different temperature coefficients as their standard. In 1983, the IEC (International Electrotechnical Commission) adopted the DIN (Deutsche Institute for Normung) standard of Platinum 100 ohm at 0ºC with a temperature coefficient of 0.00385 ohms per ohm degree centigrade. This is now the accepted standard of the industry in most countries, although other units are widely used. A quick explanation of how the coefficient is derived is as follows: Resistance at the boiling point (100ºC) =138.50 ohms. Resistance at ice point (0ºC) = 100.00 ohms. Divide the difference (38.5) by 100 degrees and then divide by the 100 ohm nominal value of the element. The result is the mean temperature coefficient (alpha) of 0.00385 ohms per ohm per ºC.

Depending on the mechanical configuration and manufacturing methods, RTD’s may be used from -270ºC to 850ºC. Specifications for temperature range will be different, for thin film, wire wound and glass encapsulated types, for example.

The most critical dimension of the element is outside diameter (O.D.), because the element must often fit within a protective sheath. The film type elements have no O.D. dimension.To calculate an equivalent dimension, we need to find the diagonal of an end cross section (this will be the widest distance across the element as it is inserted into a sheath).

IEC 751 specifications for Platinum Resistance Thermometers have adopted DIN 43760 requirements for accuracy. DIN-IEC Class A and Class B elements are shown in the chart on this page.

50% Response is the time the thermometer element needs in order to reach 50% of its steady state value. 90% Response is defined in a similar manner. These response times of elements are given for water flowing with 0. 2 m/s velocity and air flowing at 1 m/s.They can be calculated for any other medium with known values of thermal conductivity. In a 1/4" diameter sheath immersed in water flowing at 3 feet per second, response time to 63% of a step change in temperature is less than 5.0 seconds.

8. Measurement Current and Self Heating

Temperature measurement is carried out almost exclusively with direct current. Unavoidably, the measuring current generates heat in the RTD.The permissible measurement currents are determined by the location of the element, the medium which is to be measured, and the velocity of moving media. A self-heating factor, “S”, gives the measurement error for the element in ºC per milliwatt (mW). With a given value of measuring current, I, the milliwatt value P can be calculated from P = I2R, where R is the RTD’s resistance value. The temperature measurement error Δ T (ºC) can then be calculated from Δ T = P x S.

Temperature Shock Resistance: In forced air: over entire temperature range. In a water quench: from 200 to 20ºC.

Self Inductance From Sensing Current: Can be considered negligible for thin film elements; typically less than 0.02 microhenry for wire wound elements.

Capacitance: For wire wound elements: calculated to be less than 6 PicoFarads; for film-type elements: capacitance is too small to be measured and is affected by lead wire connection. Lead connections with element may indicate about 300 pF capacitance. 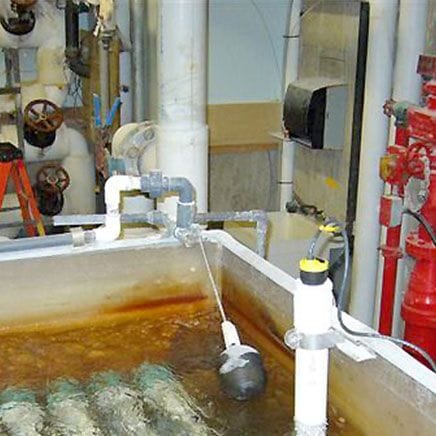 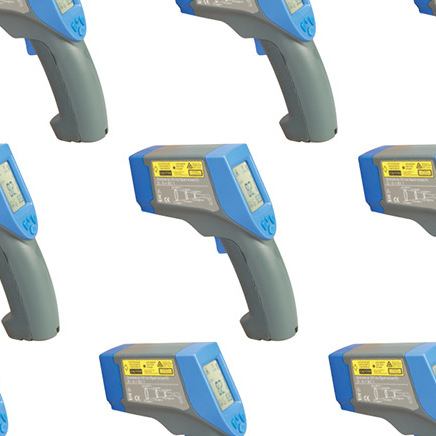