When it comes to process piping systems, temperature of in-pipe media is often a necessary measurement – and one that needs to be monitored accurately. Traditionally, in-pipe immersion sensors are used. While immersion sensors are highly accurate and responsive to temperature change, they are also highly invasive, coming in direct contact with the process media in the pipe; not to mention the added maintenance cost and downtime associated with lengthy installation if a sensing location needs to be added or moved. As a result, invasive in-pipe immersion sensors are often not ideal for use within process piping systems.

Here are 3 considerations to take before installing invasive in-pipe immersion sensors in a process piping system:

The first consideration to account for prior to installation is the actual size, composition, and layout of the piping system itself. While immersion sensors are relatively compact and have been engineered for use in process piping systems, there are, ultimately, limitations to where and how they can be installed within a given system.

In-pipe immersion sensors require, as their name suggests, the installation of a probe within the pipe – be it the sensor itself or a protective thermowell. Because sensor accuracy will be compromised by an immersion depth that is less than ideal, it is best practice to have an immersion probe depth of at least 15 times the diameter of the probe. So, a ¼” probe needs at least 3.75” of immersion depth. If the pipe diameter is less than 3.75”, then either the sensor fitting must be welded at an odd angle, which is not ideal, or a sensor T is needed. A system that features high-pressure pipes may also pose a unique challenge, as these types of pipes are more difficult to penetrate and modify.

Since in-pipe immersion temperature sensors require direct contact with the process media they are measuring, media composition and its subsequent effect on the immersion sensor or the thermowell is another consideration to account for before installation.

When an immersion sensor or a thermowell is used, it is placed in the path of the process media flow. This exposure can lead to media build up on or around the sensor or thermowell, causing ‘sensor drift’ and jeopardizing the accuracy of the measurement.

Conversely, the immersion sensor or thermowell’s effect on the media must also be taken into consideration. If the process media contains dissolved oxygen or other gasses, the contact from an invasive sensor may create fluid turbulence within the system. This may, in turn, create unwanted decarbonation (i.e. foam) – an important consideration for both the alcohol and non-alcohol beverage industries. If the process media requires specific sanitation levels, the immersion sensor or thermowell could present a contamination risk to the process media itself.

A third consideration to account for when installing in-pipe immersion sensors in a process piping system is the frequency and method in which the system is cleaned.

Because an immersion sensor and/or thermowell must be installed physically within the pipe, obstruction of the pipe is unavoidable. For cleaning processes like pigging or COP (Clean Out of Place), the process piping system must be cleared of all obstructions – which means removing the in-pipe sensor and/or thermowell and then reinstalling once cleaning is completed. This leads to the extended shutdown of media flow and unavoidable downtime.

Since immersion sensors make direct physical contact with the process media within the pipe, they also add a potential for bacteria buildup. This not only creates a risk of contamination of the process media, but it also makes cleaning the system more difficult - no matter what cleaning process is being used.

Small piping skid with a small diameter pipe? No problem! Omega’s innovative, compact clamp-on design makes the HANI Clamp sensor ideal for small or hard to reach places. And, since the sensor is attached directly to the outside of a pipe, there is no need for pipe cutting, welding, in-pipe sensors and/or thermowells, or modifications of any kind. The HANI Clamp Sensor can be attached to most metal pipes used in process piping systems, both Sanitary and Industrial, and can be calibrated for variations in grade or polish, coatings, and corrosion.

Successful early customer adoption, feedback, and unique requirements have driven rapid design improvements that will introduce additional diameters/sizes as well as application for other pipe materials – including plastic pipes for application in the Semiconductor industry and glass pipes for the Chemicals and Life Sciences industries.

Also, because the Omega HANI Clamp Sensor is non-invasive and never comes in contact with the process media flowing through the pipe, media composition has no effect on the sensor and the risk of contamination is eliminated. 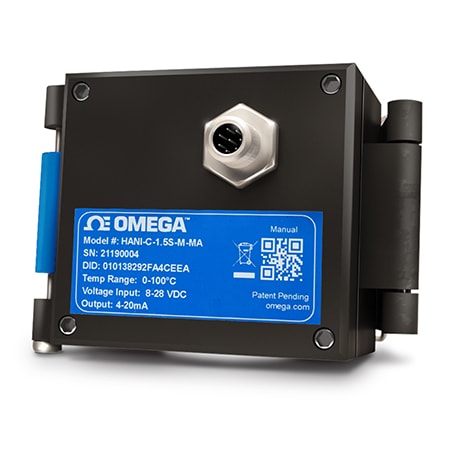 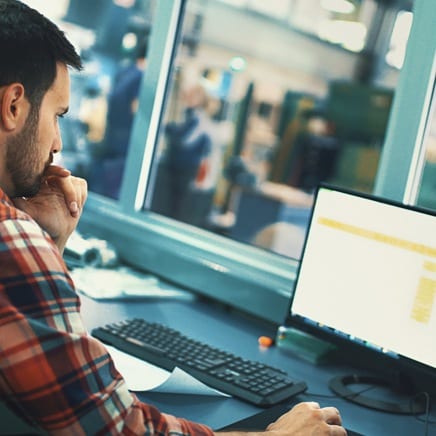 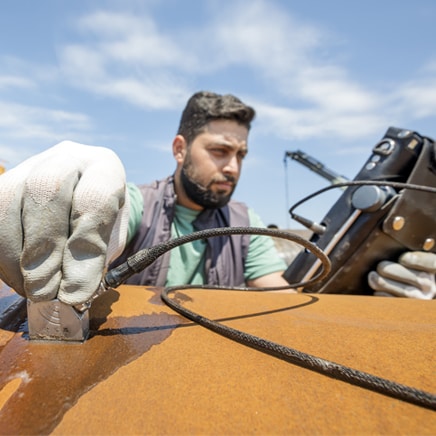 What is a Calibration Certificate?