Sensors and accessories are the central nervous system of launch vehicles, payloads and support systems. They supply critical information to computers and controllers during preparation and flight, including real-time monitoring and control of the vehicle. Propulsion systems, avionics, manufacturing, testing, and research & development (R&D) are among the major use areas of sensors.

Propulsion systems include any system that provides thrust to the launch vehicle, primarily the engine and fuel tanks. The sensors in these systems monitor parameters such as load, flow, pressure, temperature and vibration to ensure the health and safety of the crew and efficient operation of the vehicle. Manufacturers in the commercial space industry rely on OMEGA’s mineral-insulated thermocouples during pre-launch certification to determine if propulsion systems are capable of providing the thrust required for launch and able to withstand the rigors of flight. Sensors mounted on the surface of the vehicle also provide the high accuracy and thermal response needed to evaluate engine performance.

Avionics are the electrical systems used in aircraft, rockets and satellites and perform functions such as communication and navigation. They receive important in-flight information from sensors and provide feedback to the computers and other systems that control rocket and payload operations. OMEGA’s thermocouples and temperature labels are used extensively in the lab to ensure avionics systems will function properly when exposed to flight conditions.

Manufacturing, Test, and R&D facilities test the durability of components when exposed to the rigorous environment of space. Engines, electronics, satellites and other components of space vehicles are subjected to stresses that far exceed those encountered in most other industrial processes. The manufacturing process for these components must therefore meet stringent process-control requirements, followed by extensive testing, during which systems and their components are exposed to extremes of heat, vibration and mechanical loads to ensure they will perform as expected. For example, fuel tanks must withstand the high pressures generated by cryogenic liquids.

The traditional approach to manufacturing these sensors has been to design and test them for a specific application. However, today’s commercial space market requires components to be produced at a lower cost with shorter timelines. Off-the-shelf sensors must meet those needs when possible, so custom sensors or those with special configurations are only used in specific applications and when absolutely necessary.

This requirement recently created a problem for an aerospace customer. They were buying off-the-shelf resistance temperature detectors (RTDs) and assembling them into a mechanical housing they had custom designed for this purpose. However, a high percentage of theses RTDs failed to perform as expected once assembled into the housing. They were unable to determine the cause and needed a solution that would ideally allow them to continue using standard products.

Technical specialists from OMEGA determined that the high failure rate of the RTD assemblies was due to the manner in which they were tested and assembled at the client facility. We recommended a fully assembled solution that incorporated off-the-shelf OMEGA sensors. We now manufacture the custom housing ourselves based on drawings and samples of the client’s components. We then assemble a standard OMEGA probe into the housing and subject the unit to the same rigorous inspection and testing procedures that we do for all OMEGA products before shipment.

The yield at the customer site increased to 100 percent. Our customer now has the confidence to install OMEGA’s turnkey solution without further testing. 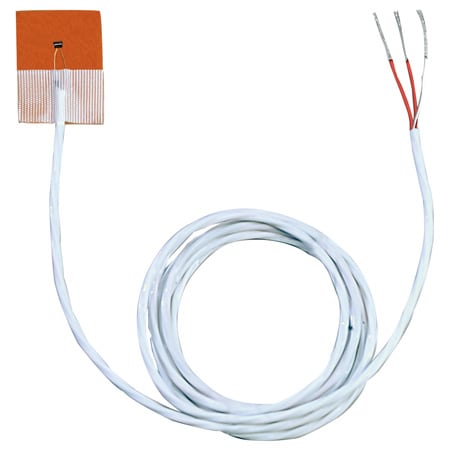