The Importance of Signal Conditioning 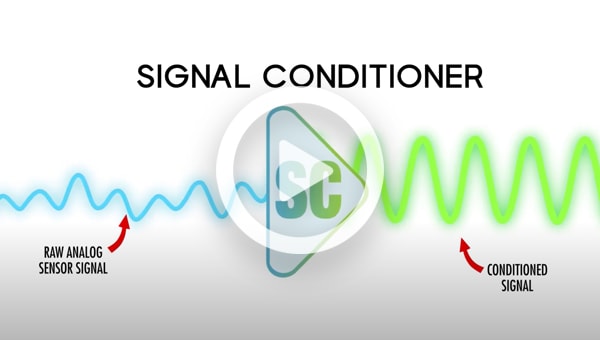 Today, digital computers and other microprocessor-based devices have replaced analog recording and display technologies in all but the simplest data acquisition. And while computers have had an undeniably positive impact on the practice of data acquisition, they speak only a binary language of ones and zeroes. Manufacturing processes and natural phenomena, however, are still, by their very nature, analog. That is, natural processes tend to vary smoothly over time, not discontinuously changing states from black to white, from on to off.

In many industrial applications, there is a necessity for analog measurements – such as pressure, temperature, flow rate, load, ph/conductivity, and position – to be meaningfully recorded or manipulated by a computer. Inherently digital events, too – such as the tripping of a motor or a pulse generated by a positive displacement flowmeter – must be made interpretable as a transistor-to-transistor logic (TTL) level changes in voltage. In order for a data acquisition device to work effectively and accurately, the signal output from these various sensors requires signal conditioning.

Signal conditioning, a vital process performed within a data acquisition system, involves the manipulation of the analog signal output from sensors in preparation for the next stage of processing. Signal conditioning amplifies and converts signals from various sensors and transducers into easy-to-read, compatible forms for data acquisition systems.

This process of ‘conditioning’ signals is performed through an instrument called a signal conditioner – a device that converts one type of signal into a signal that is compatible with process monitoring and control devices.

Why is Signal Conditioning Important?

In real-world applications, sensors and transducers attached to the systems for measurements are often exposed to hostile environments where faults are likely to occur. In addition, the full-scale outputs of most sensors are relatively weak. The output usually consists of small voltages, currents, or resistance changes. If the data acquisition system is fed weak signals, the output is more likely to be meaningless. Signal conditioners provide the essential circuitry between the sensor and the data acquisition system. This circuit ensures proper conditioning of the output before any further signal processing can occur. For each specific sensor, a signal conditioner serves as an interface to excite, scale, or buffer real-world signals.

How Does a Signal Conditioner Work?

A signal conditioner is a circuit that performs a set of operations on a signal and makes it suitable for further processing. It consists of an input and an output – where the input is, usually, a sensor that measures the environmental and/or structural variable.

Amplification: Amplification is when the overall magnitude of a signal is increased – thus increasing the measurement resolution as well as the sensitivity of the signal. Strategically placed external signal conditioners can magnify the voltage level before it can be affected by environmental noise. Converting a 0-10mV signal to a 0-10V signal is an example of amplification. Thermocouples and strain gauges are sensors that typically require amplification.

Isolation: Input signals outside the range of a digitizer can cause serious damage to sensitive equipment. Isolation breaks the galvanic path between the input and output signal. By breaking the galvanic path, unwanted signals on the input line are prevented from passing through to the output. The isolator can also filter out any unwanted noise in the signal path – and eliminate any electrostatic interference caused by ground loops, which can also damage any devices that are connected to the sensor. The input is normally transferred to the output by converting it to an optical or magnetic signal then it is reconstructed on the output. Isolation is also used to prevent ground loops. If a sensor is on a different ground plane from the measurement sensor, such as a thermocouple mounted on an engine, isolation may also be needed.

Linearization: Linearization is the action of converting a non-linear input signal to a linear output signal – and is necessary when sensors produce signals that are not linearly related to the physical measurement. A thermocouple is an example of a sensor that requires linearization.

Filtering: Not all of the signal frequency spectrum contains valid data. In fact, some frequencies – like those found in a 50-60 Hrz AC power lines – can cause unwanted noise in the signal. This is where filtering is used to eliminate those unwanted frequencies for a clean and consistent signal.

Signal conditioning is an essential aspect of any data acquisition system and there are many different types of signal conditioners – differing based on both the physical value that they measure as well as according to specific features. 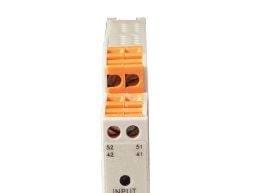 Choose the right signal conditioner for your application 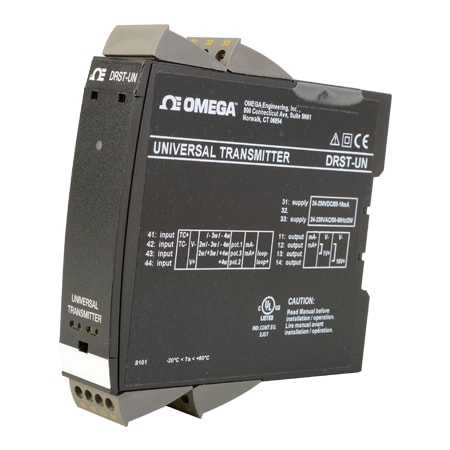 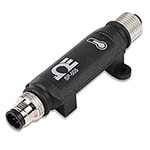 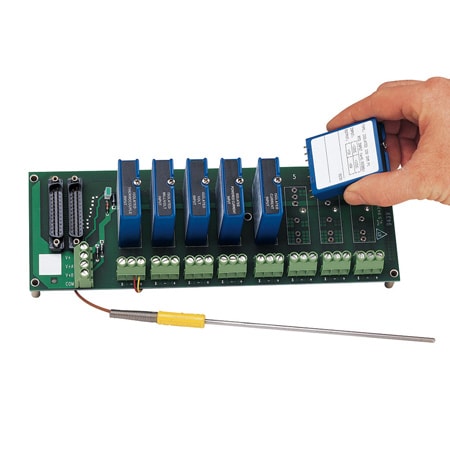 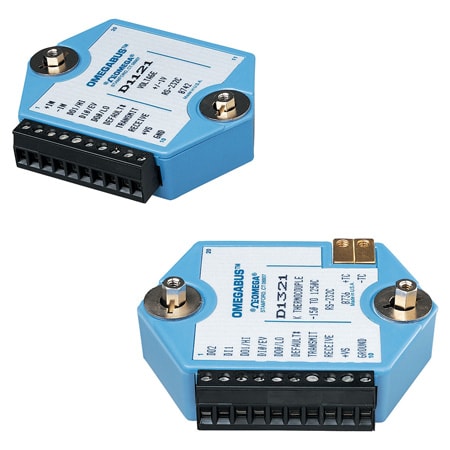 Digital Signal Conditioners
Digital conditioners are one of the more recent developments in signal conditioners. The output of a digital signal conditioner is converted to a digital format such as RS232, RS485 or even Ethernet. Digital signals have several advantages over analog signals. They provide a high degree of immunity from electrical noise, they can also support extended transmission distances and are easily connected to a computer. With an ethernet output, the input signal can be read across an entire network or even across the internet if so configured.

Types of Signal Conditioners According to the Features 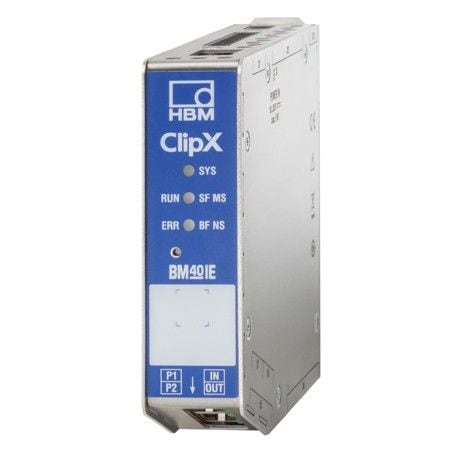 A signal conditioner and isolator are often useful in applications where the signals from the source to the measuring device are required to be transmitted without a physical connection. Isolators also prevent undesirable ground loop currents and protect the control system from transients and electrical noise produced due to unpredictable field conditions. 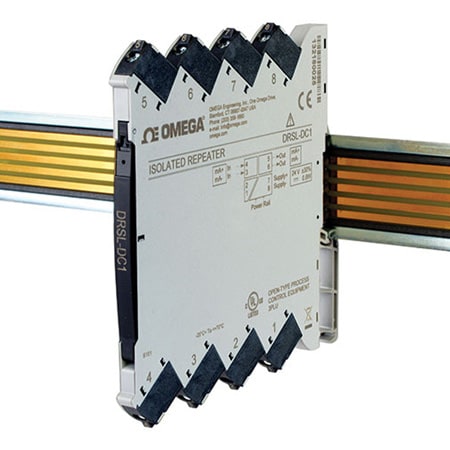 A signal conditioner splitter accepts one input signal and splits the output into two identical signals through two separate channels. These channels are isolated from each other and work independently. The isolation further helps in preventing ground loops and transient signals. These devices are useful in applications that require output measurement at two different areas from a single repeater base unit. 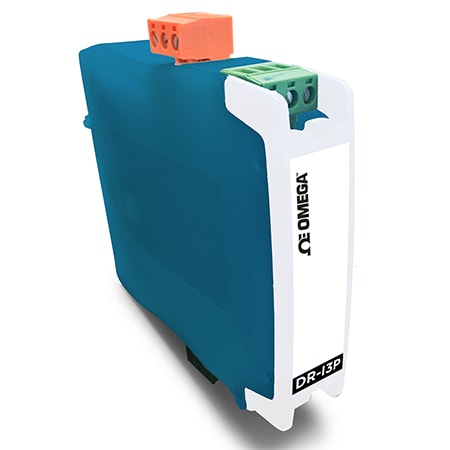 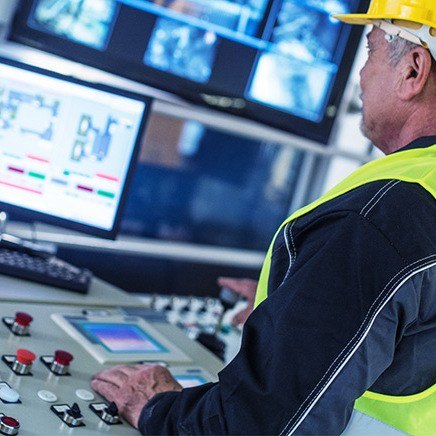 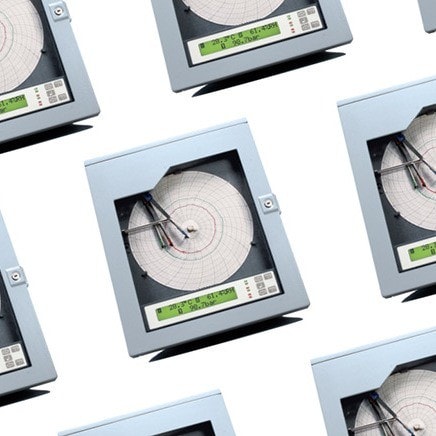