Thermocouples operate on the principle of the Seebeck effect, which states that two dissimilar metals joined at two junctions generate an electromotive force, or EMF, at the junctions. The metals react to changes in temperature to produce an EMF voltage in relation to the difference in temperature at the junction.

A pt100 sensor function on the precept that electrical resistance increases with increasing temperature. The types of metal used to fabricate the sensor impact accuracy, measurement range, response time and resistance to environmental stressors such as vibration.


Thermocouple junctions may be grounded or ungrounded. They are often covered with protective metal but may be left exposed to improve response time. Grounding is frequently required to prevent buildup of static charge, which may negatively impact accuracy. However, if the thermocouple is grounded to machinery or other electrically powered equipment, circuit noise may interfere with the measurement. A number of different metal combinations are used in the construction of thermocouples. Each is classified according to temperature range and acceptable measuring environments. Thermocouples encased in metal are quite robust and, on average, much less susceptible to vibration than RTDs. 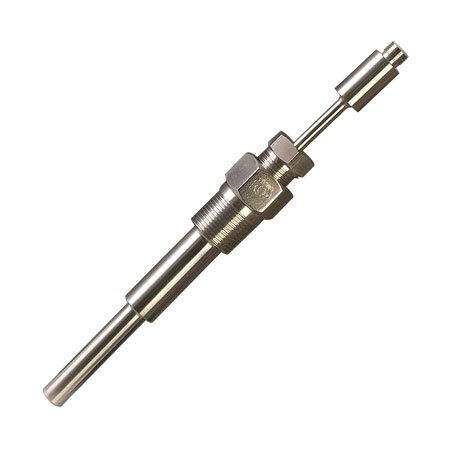 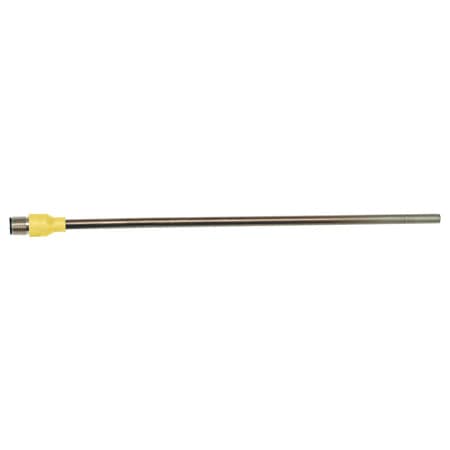 RTDs are available in wire-wound or thin-film types. Wirewound sensors are highly accurate. They are made by winding copper, nickel or platinum wire around a glass or ceramic core to which the wire is also fused. Glass-core sensors can be immersed in most liquids without protection while those with a ceramic core offer stability for exceptionally high temperature measurements. Platinum is the most preferred wire, since it provides the best accuracy over the broadest temperature range. ASTM E1137 is the international standard that defines tolerances for platinum resistance sensors. It is frequently used as one of the criteria for selecting a temperature sensor, as RTDs manufactured and tested according to this specification offer greater reliability and better performance.

Thin-film RTDs offer substantially more vibration protection than wire-wound RTDs. They are produced by depositing a thin film of passivated platinum on a ceramic substrate. An electrical circuit is etched into the material to create the preferred resistance. These sensors display a practically linear temperature-resistance curve. Therefore, they provide highly accurate and consistent measurements over a broad temperature range. Their compact size gives them the advantage of faster response times and greater resistance to thermal shock and vibration.

Challenges Presented to Temperature Measurements in the Presence of Vibration

Vibration can cause mechanical stress in the wires of thermocouples and RTDs. Thermocouples are subject to vibration fatigue, which can lead to insulation failure and short circuits. This may be evident from intermittently high readings resulting from the measurement being taken at the short rather than at the junction. Wire-wound RTDs are especially susceptible to vibration damage. The fine platinum wire used to wind the sensor has a typical diameter of 15 to 35 microns and is quite fragile. A broken or damaged RTD sensor wire may result in:

Decalibration is another fault condition that may occur in thermocouples exposed to vibration. This is the process whereby the structure of the wire is altered to where the voltage-temperature characteristics no longer conform to international standards. The major concern with decalibration is that the temperature measurements appear to be accurate. The readings will drift gradually over time. Testing the thermocouple against a known temperature is the most common method of detecting decalibration.

Types of Vibrations that Affect Sensors

Acoustical vibrations are generated by a large number of mechanical systems, such as turbines and engines, as well as human voices and vehicle traffic. When acoustical noise enters a structure, it becomes structural vibration. Sound waves can travel anywhere there is air flow; therefore, they can come from any direction. Reverberation is the continuance of sound after the original has ceased. This is the result of sound waves reflecting from surfaces. Acoustic characteristics can vary depending on the size and shape of objects they reflect from, making it difficult to predict how they will react. 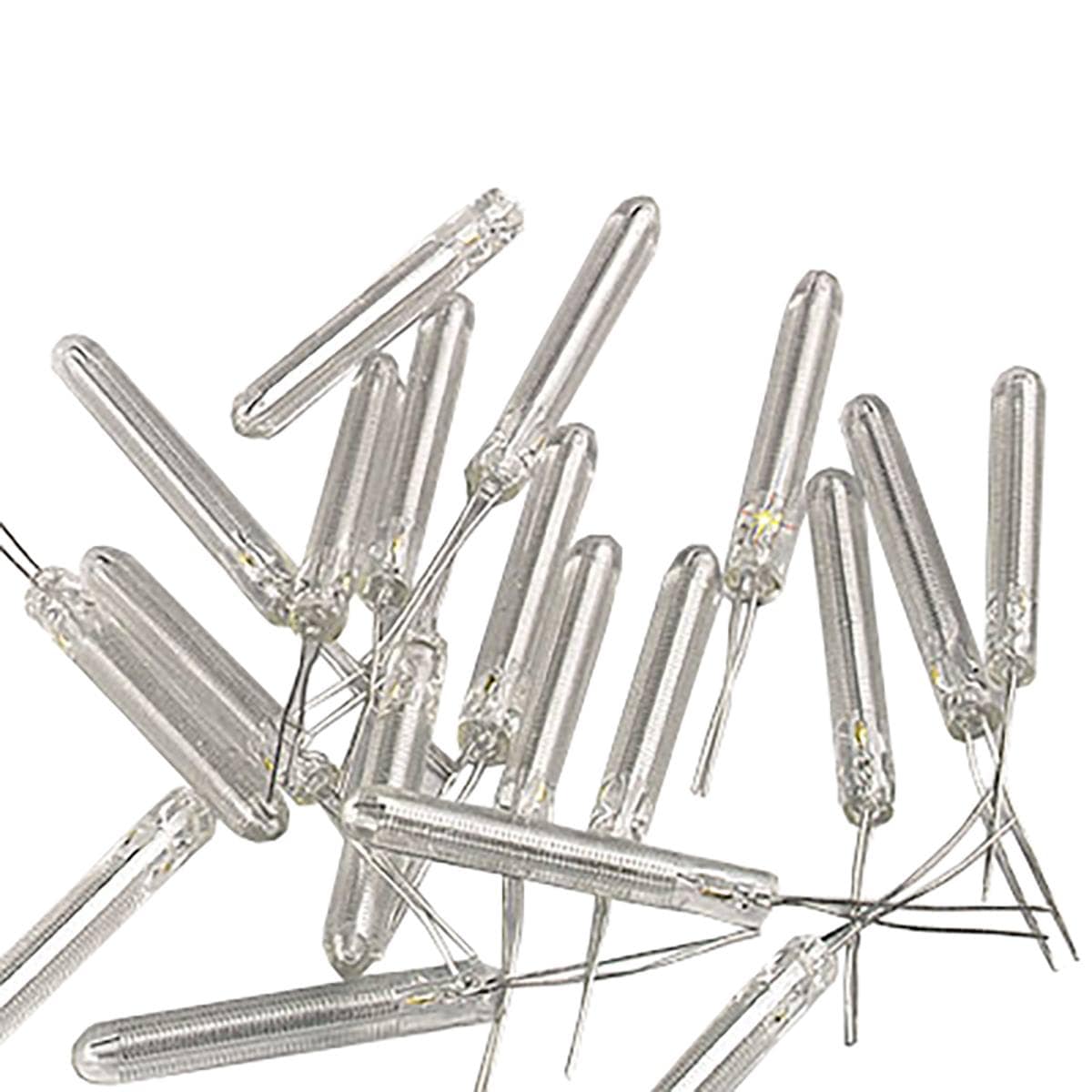 1PT100G Glass Wire-Wound RTDs Flow-induced vibrations result from the interaction of forces between fluid flow and the inertia of structures immersed in or conveying it. Fluid flow is a source of energy capable of producing mechanical and structural vibration. In cylindrical structures, vibrations are classified as either axial-flow induced or cross-flow-induced, depending upon the angle of inward flow in relation to the cylinder axis.

OMEGA’s PR-31 RTD probe is bendable and vibration resistant. The probe is constructed of 316 stainless steel, and the mineral-insulated cable allows the probe to be bent. The PR-31 RTD is vibration tested to MIL-STD-202G, Method 204D, Condition A and has a measuring range between -50 and 500°C. It is available in 100 and 1000Ω and can be used in 2-, 3- or 4-wire applications.

The M12M Series thermocouple probes can be used exposed, mounted into the process, or in a thermowell. The probes are available as a Type K thermocouple with Inconel 600 sheaths or a Type J with 304 stainless steel sheaths. The Type K has a temperature range between -40 and 1150°C, and the Type J has a temperature range of -40 to 600°C. The M12M comes standard with an ungrounded junction; a grounded junction is optional.

Choosing the right RTD or thermocouple for you application will optimize performance and prevent sensor damage. Thermocouples are a versatile and cost-effective means of temperature measurement and offer the best protection against vibration. Wire-wound RTDs offer superior accuracy and a wider measurement range but are not as resilient. Thin film RTDs provide highly accurate and consistent data and offer greater resistance to vibration than wire-wound RTDs. OMEGA also has custom engineered solutions for very severe vibration environments.